.. and Deacon Bickerstaff explains (very well) why.
Posted by Jeff Tan at 12:40 PM No comments: Links to this post

Email ThisBlogThis!Share to TwitterShare to FacebookShare to Pinterest
Labels: prayer, the saints

Pope: Church Down Under Needs to Evangelize All Australians | Daily News | NCRegister.com

Got our marching orders!
Posted by Jeff Tan at 11:49 PM No comments: Links to this post

Email ThisBlogThis!Share to TwitterShare to FacebookShare to Pinterest
Labels: evangelization 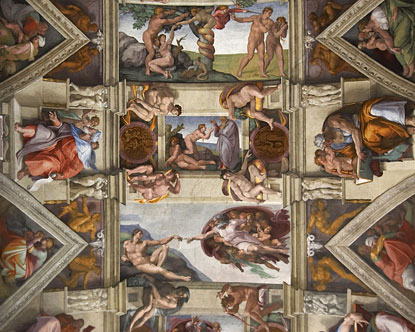 Simply uplifting and awe-inspiring art! Many thanks to Patrick Madrid for having shared this a while back.

Email ThisBlogThis!Share to TwitterShare to FacebookShare to Pinterest
Labels: art

Chinese toddler run over twice after being left on street - Telegraph

How can human beings have sunk so low? What did C.S. Lewis write in Prince Caspian?

“Wouldn’t it be dreadful if some day in our own world, at home, men started going wild inside, like the animals here, and still looked like men, so that you’d never know which were which?”

I know a lot of Chinese folks, and I wouldn't presume to paint them with a broad brush. But the folks who caused or allowed the horrible injuries to this particular toddler -- how could they have allowed or done this?
Posted by Jeff Tan at 2:23 PM No comments: Links to this post

Email ThisBlogThis!Share to TwitterShare to FacebookShare to Pinterest
Labels: conscience

Hard truths to smile about..

and to reflect upon. (Update: I note that Msgr. Pope expounds in his own way five truths that might have been written about differently by Fr. Richard Rohr. I am aware of the latter being quoted as saying or having apparently written some heterodox ideas. So a warning to those who might follow that link: Msgr. Pope's writing seems fine and orthodox to me, but Fr. Richard Rohr seems suspect.)
Posted by Jeff Tan at 4:54 PM No comments: Links to this post

Email ThisBlogThis!Share to TwitterShare to FacebookShare to Pinterest
Labels: truth

His 2005 address at a graduation was featured on tv this morning, and the word "dogma" caught my attention. He advises the graduates to not be prisoners of someone else's thinking. And that is true, he's onto something there, and I hope he truly understood his own words. Dogma would be a mandated doctrine, but so are laws of the land, policies of your employers, even laws of Physics. People don't think of those as dogma, normally, but they are products of other people's thinking. That isn't the problem, though. We accept non-religious dogma all the time. And we sometimes leave it alone without questioning it either, especially if we are honest about what we don't know. But it is so liberating when we get off our bums and finally question them in order to actually understand them! Don't be afraid of dogma! Question it, examine it, analyze it, then make it your own if it passes muster. Catholic or Christian dogma does not imprison me because they made sense after I studied them in earnest and with prayer. Some, of course, are beyond full comprehension, but they made sense, often by analogy, but always logically. I think Mr. jobs was onto many truths, and his passion for creating and discovery was marvellous. May he now know rest and eternal peace. May God show him His kindness and mercy, and let him see His countenance forever.
Posted by Jeff Tan at 4:11 PM No comments: Links to this post

Pope Benedict XVI: We are Church

.. in proper perspective (source: Sandro Magister, Chiesa News). Nothing like the Magisterium of the Church digging into 2000 years of wisdom and teaching to weigh in on what the Church means!
Posted by Jeff Tan at 1:17 AM No comments: Links to this post