Dad, you forgot to put the baby Jesus back in! 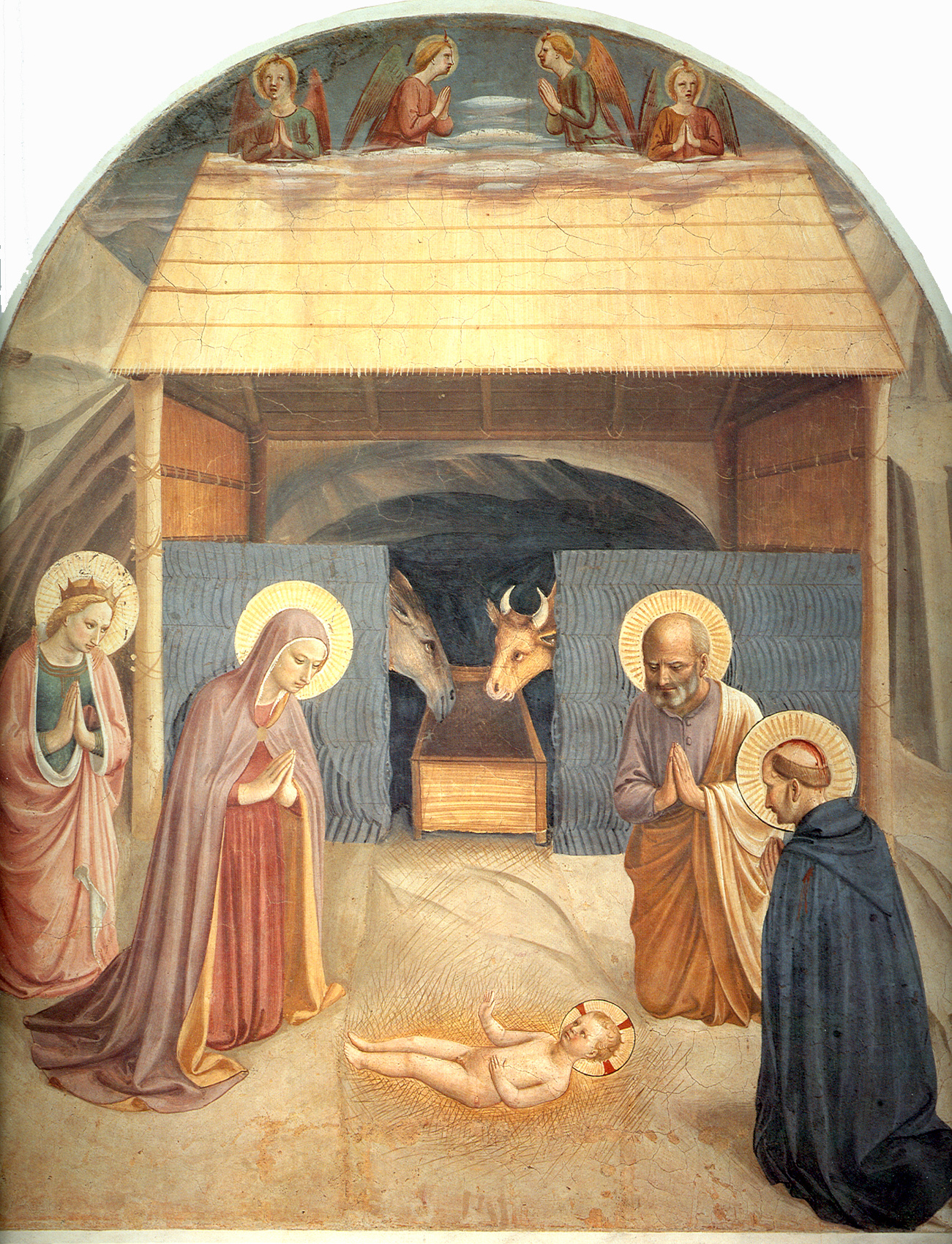 Yeah, I did. Little Francis noticed the day after. Not that I meant to, of course, but one of my other kids got so close to breaking it that I had to tuck it away, supposedly until Christmas day. But, naturally, I forgot about it. It probably wasn't a good idea to put it away so out of sight though. Which explains why I ended up forgetting to put it back in.

Which might explain why the same thing happens to lots of people. Even confessing Catholics and Christians forget about Christ when they find a pet cause and put that in the center of their lives. Think world hunger, the environment, self-esteem, feminism, patriotism, getting along with everyone else, political correctness -- it could be anything. And Jesus falls out of the picture and.. well, then all sorts of nuttiness comes from it. Luckily, the Lord is not a willing victim to that. He was done with that on Calvary, but now -- for our sake, not his -- he makes sure that he is being offered someplace to the world that thinks it doesn't need him. That's when you can be sure that it really needs him. And so we have Pope Benedict XVI. And we have wonderful (and typically Pentecostal) Evangelicals -- be they Catholic or Protestant. And we have mothers and children. And even when the world distills Christmas down to its bare jolly-elf-Santa and commercial Christmas-season-at-the-malls shadows, the world still gets more than it bargains for. Not that I like either versions of Christmas, but some osmosis might do secularists some good when, at the back of their minds, they mull over what Christmas really means or what is the point of giving love on Christmas. They might miss the point one year after another, but perhaps this Christmas is different. God willing, they'll have the baby Jesus in it this time.

Thanks to Jimmy Akin's blog where I found the nice painting that goes with this blog post.

Posted by Jeff Tan at 12:04 AM No comments: Links to this post

Email ThisBlogThis!Share to TwitterShare to FacebookShare to Pinterest
Labels: christmas

How do we make straight the way for the Lord? It isn't in being a theologian, nor a lawyer, nor a scholar. What a humbling setting Bethlehem was, that stable, and what a humble beginning Nazareth was. How mundane and simple was the first royal audience given by the Holy Child to shepherds who were told by the angelic host! I wish I could make myself so small, simple and ordinary!
Posted by Jeff Tan at 12:42 AM No comments: Links to this post